Low-level Laser and Light as Primary Therapy for Androgenetic Alopecia

Low-level light therapy (LLLT) has emerged as both an in-office and home-based intervention to support hair regrowth.

Hair loss is a significantly distressing issue for males and females alike, and those who experience hair loss seek numerous therapies to regrow their hair and reverse the effect of hair loss.1 There are numerous types of hair loss, and the pathophysiology of hair disorders involves numerous variables, including genetics, diet, endocrine conditions, such as polycystic ovary syndrome in women,2 and medical treatments. Central Centrifugal Cicatricial Alopecia (CCCA), for example, is more prevalent in African American women and is thought to worsen with specific hair styles, such as wearing hair extensions.3 Another population of patients who frequently develop alopecia are patients with cancer, in whom alopecia is induced by chemotherapy.4

Androgenetic alopecia, the most common type of hair loss, affects more than 70 percent of adult men and about 50 percent of women in the menopause transition.5 In men, it has been observed that the temples and crown are the sites most affected by this condition.6 In women, it has been observed that the mid-scalp region first visibly becomes affected.6 In cases that have progressed significantly, hair thinning along the nape is not uncommon.

Hair loss is a significant cosmetic issue for both men and women. There is a mythology around hair that dates back at least to Biblical times. Consider the story of Samson and Delilah, the strength that Samson's long hair conferred, and how the drastic clipping of Samson's hair by Delilah robbed him of his strength. Apart from the socio-cultural significance of hair in contemporary society, hair provides practical functions, such as dispersing sweat gland products and providing a natural source of protection from the sun's ultraviolet rays, underlining the importance of hair restoration for not only cosmetic and psychosocial reasons.

There are not many hair loss therapies approved by the FDA. Therapies such as finasteride, a 5-alpha-reductase inhibitor which is taken orally and works by reducing dihydrotestosterone, requires daily adherence. One of the adverse events that has been reported with finasteride is sexual side effects,7 with reports of erectile dysfunction in males, an adverse event that diminishes quality of life and creates a demand and need for pharmacological treatment such as the phosophodiesterase-5 inhibitors.

Minoxidil, an androgen-dependent medication that is available as a solution and as a foam, also requires regular and long-term use. Curiously, there has been an association between minoxidil and toxicity in cats such that it has been advised that individuals who have applied minoxidil solution to their own hair for the purposes of hair restoration should avoid contact with cats should they keep cats as pets.8

Hair transplantation is another treatment option for hair loss. As a surgical option, it is invasive and can leave a cosmetically unappealing outcome particularly vis-à-vis the donor sites.9 An emerging therapy for hair restoration is the use of platelet-rich plasma (PRP), which involves the injection of a patient's plasma into the scalp.10 Blood is drawn from the patient and placed in a centrifuge that separates the blood's platelets from plasma, followed by injection of PRP. A limitation of PRP is that it requires optimal platelet function. For patients who are taking blood thinning agents, the PRP procedure may not be highly effective.

Figure 2. Left: Pre-treatment. Right: Post-treatment photos of the treated area of a patient on LLLT.

Low-level light therapy (LLLT) has emerged as both an in-office and home-based intervention to support hair regrowth. The exact mechanism of action of LLLT with respect to its ability to grow hair is unknown. Evidence has shown that light in the red wavelengths elicits a response in tiny organelles inside mitochrondrial cells. A molecule called cytochrome C oxidase has been suggested to be a main receptor molecule that absorbs red light and initiates the hair growth process.11 A greater insight into the mechanism of action will potentially be revealed with more basic investigations as will the longevity of the impact of LLLT in future clinical investigations.

It is established that human hair follicle dermal papilla cells are key in triggering hair growth.12 The ability of energy emitted from a laser to grow hair was first remarked in Hungary by a physician named Endre Mester who used a ruby laser to test the effects of laser radiation on mice and the potential association between laser irradiation and carcinogenesis.13 A side effect and unexpected outcome of exposure to irradiation was that the mice, which had had their hair shaved, regrew hair twice as quickly as mice that were not exposed to radiation. This was a revelation that red wavelengths supported hair growth.

Since that time in the 1960s, numerous other investigators have remarked upon the ability of low-level light therapy (LLLT) to grow hair in individuals.14-17 A review identified 13 commercially available, FDA-cleared devices on the market. These devices varied in shape, wavelength, light sources, technical features, price, and level of clinical evidence.18 No head-to-head trials of systems are available. LLLT treatment is considered generally safe, with few if any side effects reported.

Because treatment can be patient administered at home with light-emitting hats and helmets, LLLT may be associated with a high degree of patient convenience and acceptance. This investigation used a medical device (iRestore Hair Growth System) operating at 650 +/- 5nm to assess its ability to regrow hair and assess its tolerability after a 16-week period.

This study, which followed IRB guidelines and the Code of Federal Regulators that specify protection of subjects' rights, involved a total of 40 subjects (17 male and 23 females) recruited to participate in the study at one site through the investigator's patient pool or through advertising.

Subjects were excluded from participating if they had taken any oral or topical hair growth therapies, such as minoxidil or finasteride, herbal products, supplements, or similar products for four weeks before the study and were restricted from using any of these interventions during the course of the 16-week trial. Patients were also excluded if they presented with any viral, fungal, or bacterial infection or if they had participated in previous hair studies. Subjects were required to not use hair spray or gel while receiving treatment but could use either between treatments. Subjects underwent a physical examination to confirm that they were overall in good health and were screened for any current medications or the presence of any conditions of the eye, nervous system, endocrine system, or skin cancer. Patients enrolled had Fitzpatrick skin types I through IV and had Norwood Hamilton IIA-V (men) and Ludwig-Savin I-II (women), in terms of their ratings on baldness scales.

The investigator selected an area on the scalp that was tattooed with a HP96 tattoo pencil, with the mark being no wider than 2mm in diameter. Two pre-treatment photographs of the area were taken. A photographic specialist validated the quality of the photographs. The investigator (a dermatologist) performed pre- and post-treatment counts to assess the incremental growth of terminal hair shafts. Both the photographic specialist and the investigator were blind to whether the subject belonged to the active therapy arm or the control arm. Study subjects were also unaware of their status with respect to receiving active or sham therapy. The study included no patient reported outcomes. Study subjects were contacted by telephone to confirm adherence to therapy.

Light treatment was administered at home with the iRestore Hair Growth System (which contains 21 diode lasers and 30 LEDs), with subjects randomly assigned to receive the active devices or placebo devices equipped with an incandescent light source. No in-office treatments were provided.

Subjects were shown how to use the helmet devices. They were not required to wear any protective eyewear while receiving active treatment. The devices required the subjects to use a microprocessor hand set and were informed to press the start button on the device. After 25 minutes, the device automatically shuts off. The device itself did not touch the scalp. Treatment was delivered for a period of 25 minutes every other day over a 16-week period, designed to deliver 60 treatments for each study subject.

Subjects were withdrawn from the study if there had been a change in their health status, a change in their laser and light schedule, or there was evidence of lack of adherence to treatment. Subjects were told to contact their physician should they notice any discomfort or have any concerns about the therapy.

At 16 weeks, subjects returned for an office visit at which time photographs were captured of the site on the scalp that had been tattooed. The tattooed area was trimmed with a clipper to a length of 3mm, a step that was essential for an accurate photographic process. Post-treatment photographs were then taken. The investigator counted the terminal hairs in both the baseline and study completion photographs. One patient in the active treatment arm withdrew from the study.

Subjects who were actively treated experienced an average increase of 43 percent. The greatest success was in one subject who experienced a gain of 114 percent in hair counts, while the lowest gain in active therapy group was 6.74 percent. Subjects who received placebo experienced an average increase of 5.71 percent in terminal hair counts from study entry to the end of treatment. There was an overall incremental improvement of 37.52 percent in the experimental group compared to controls.

No formal, extensive statistical analysis was performed in this investigation. The raw data for the pre-treatment and post-treatment terminal hair counts for all subjects who completed the study appear in Appendix A (See page 46).

A bi-variate analysis found that this increase in hair count amongst subjects exposed to LLLT occurred independent of variables, such as gender, Fitzpatrick skin type, and age. (R=0.66, P=0.000003)

With respect to safety, no known risks or serious adverse events were identified and documented with the administration of this laser technology in this investigation.

The study protocol did not require that the investigator count vellus hairs (short, non-pigmented hairs). These hairs are not commonly found on the scalp. In a normal scalp, only one out of every 25 hairs are vellus hairs, with most hairs on the normal scalp being large, pigmented terminal hairs.

In this study of 40 subjects, LLLT delivered every other day over a 16-week period produced substantial improvement in terminal hair counts and was extremely well-tolerated by subjects. The wavelength of 650nm that has been selected provides benefit without producing toxicities in subjects that participated in this study. The treatment modality offers the convenience of at-home use and avoids the need for clinical office visits. This investigation suggests this non-surgical and non-pharmacological is a viable therapeutic option for hair restoration. The role of the therapy as a maintenance treatment remains to be explored.

The authors acknowledge Louise Gagnon for her editorial support. 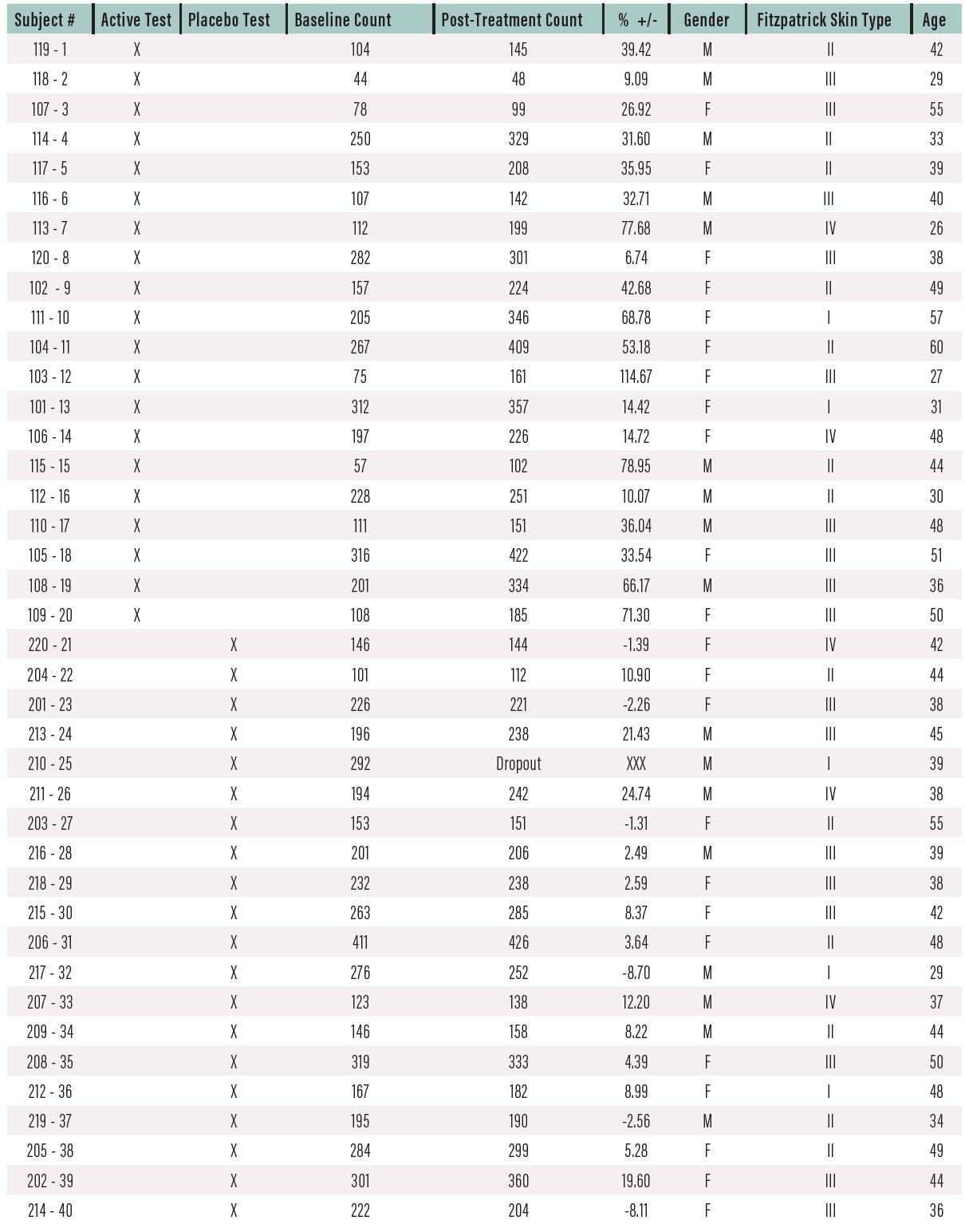 Board Forum: How to Stand Out

The 10 Core Values of a Concierge Practice 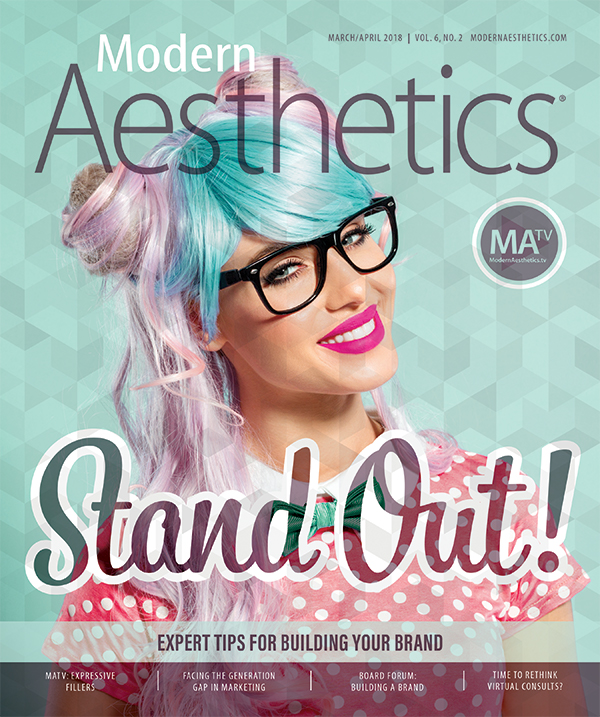