Framing and Behavioral Economics: A Meta-Hack for Your Cosmetic Practice

It's 5:15pm, and Ms. Jones, a first-time patient, arrives almost an hour late for her initial consult in your office. Your front desk staff are getting tired and more than a little harried (they started their day before 7am), and you have already slipped off your white coat and mentally checked out as you formalize your evening plans. That said, the patient is coming in for an initial consult and is someone who could potentially become a frequent flier. What to do?

Over 50 years ago, Herbert Simon introduced the term bounded rationality to help explain humans' departure from truly rational behavior in most real-life situations. The idea that people do not behave as automatons and purely rational animals, however, took another two decades to catch on.

In 1974, Amos Tversky and Daniel Kahneman published a landmark article in Science that heralded a new world of biases and heuristics, and the field of behavioral economics—understanding that human beings frequently and predictably fail to act within the bounds of rationality—has now become one of the darlings of pop culture. While groups as diverse as Fortune 500 companies and the British government (not to mention the Obama administration) have tried to leverage these techniques, nowhere does behavioral economics have a greater potential impact than in medicine.

Aside from general interest (our innate narcissism is a reliable predictor of interest in anything that purports to help understand ourselves better), understanding behavioral economics can have a powerful impact on a cosmetic surgeon's practice. While there are literally (and, with all due respect to my kids, I do mean literally) scores of heuristics and biases that can be discussed for pages on end, a top-three list of heuristics for the cosmetic surgeon should probably include the framing effect, the halo effect, and the Weber-Fechner rule.

First, the framing effect essentially argues that our response to a proposal will be based not simply on the merits of the argument, but on how it is framed. Moreover, since humans are loss averse (losses get us down about twice as much as gains pump us up, as any investor can tell you), how a situation is framed—as a potential gain or avoidance of a loss for the patient, colleague, or business advisor—can have a dramatic effect on outcomes. Framing a situation as helping avoid a loss will often yield better outcomes than framing it as allowing a potential gain.

Second, the halo effect states that people really do judge a book by its cover. This is why patients are more comfortable with doctors who look like doctors and why better looking political candidates are judged to be more competent than their less elegant peers.

Finally, the Weber-Fechner law, also thought of as the just noticeable difference, is of particular interest to cosmetic surgeons and anyone else who has stared at before-and-after photos wondering which is before and which is after. This heuristic highlights that people perceive results (or differences) based on thresholds that are proportional to the magnitude of the initial stimulus. It also may explain why patients who look pretty darn good at the outset are excited about even a subtle improvement.

So back to Ms. Jones—how would the savvy, behavioral economics-aware cosmetic surgeon handle the situation? By relying on framing and the halo effect, what could be an otherwise uncomfortable situation can be fairly easily defused. Approach her personally (don't hand this off to your staff) with a confident smile and an energetic step (and make sure you re-don that white coat). Stride out and shake her hand, highlight that you want to make sure that her no-show fee is waived, and confidently ask your staff to schedule her in your next available slot as you look forward to working with her to find the absolute best solutions for her. She will end up thanking you (rather than being upset), and the whole interaction should take under 60 seconds.

Lastly, beware the power of behavioral economics and nudging. In a day-care experiment in Israel, an attempt to curb late pick-ups by charging a per-minute fee paradoxically increased the number of parents who showed up late; from a behavioral standpoint, the fee actually gave tacit permission to be late. Before trying to implement large-scale change in your practice, be sure to beta test the approach on a small group for a finite period of time.

Board Forum | Hack Your Practice: Save Time and Money 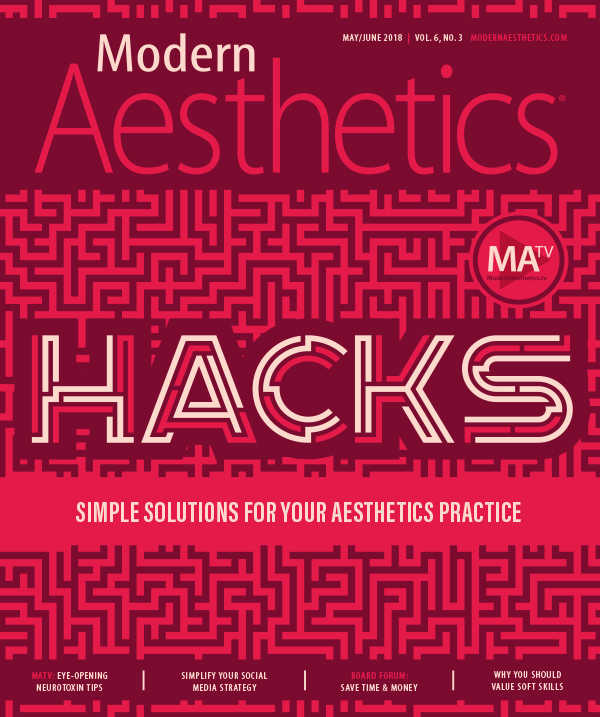