How Core Doctors Can Leverage Medical Spas to Increase Profitability

A core doctor needs to understand the realities of the medical spa industry before he or she decides to dive headlong into it.

Alex R. Thiersch, JD, is a Chicago healthcare attorney who represents medical spas, plastic surgeons, and aesthetic medical professionals. He is the founder and director of the American Med Spa Association (AmSpa) and is also a partner at ByrdAdatto Law Firm. For more information AmSpa and its upcoming events: . Contact Alex: alex@americanmedspa.org

Core doctors—plastic surgeons, facial plastic surgeons, oculoplastic surgeons, and cosmetic dermatologists—seem to be uniquely well suited to capitalize on the booming medical aesthetic industry. As physicians, they are allowed to own medical spas, and ideally, they would not only profit from the medical spas themselves, but also use them to direct business to their surgical practices. After all, medical spas tend to do a lot of the same things these core doctors do, albeit non-invasively, and it does stand to reason that if patients go to a medical spa looking for a Botox injection, they might eventually want a nose job or a face-lift. In that case, the core doctor who owns the medical spa might be uniquely positioned to offer his or her services.

However, despite the apparent synergy between these two types of businesses, many of the core doctors who treat medical spas as extensions of their surgical practices end up very disappointed in the actual results. I chat with core doctors all the time, and those who have opened medical spas with the idea of using them primarily as feeders for their practices tend to view them as poor investments. Their medical spas tend to flounder, and the amount of business they drive to their surgical practices is disappointing.

The business model with which core doctors tend to be familiar is very different from the one under which medical spas operate. Surgical practices offer big-ticket procedures, such as breast augmentations and face-lifts; therefore, they do not need to deal with a large volume of patients and they do not need to do as much marketing as, say, a retail outlet. By the nature of their business, they tend to generate sufficient revenue to at least get by.

Medical spas are very different. Granted, they must follow the same rules and regulations to which more traditional medical facilities adhere, but the medical aesthetic field is unique in the medical world in that it is entirely elective and entirely cash-based. People who use medical spas do so because they want to, not because they need to, and treatments at medical spas are much less expensive than the ones available from core doctors' surgical practices. Therefore, for a medical spa to succeed, it must have a high volume of patients, its employees must master the art of selling, and it must do what it can to get patients to return. In other words, it must be run like a retail center rather than a medical office.

For that reason, medical spa operators need to incorporate a totally different mind-set than the type that is typically utilized by core doctors. Medical spas run by core doctors who do not adapt to a more retail-oriented focus often end up failing. When I tell core doctors that I have medical spa clients who generate up to $6 million annually, they are usually blown away. Many of them cannot wrap their minds around how that is possible.

In order for a medical spa to succeed in creating business for a core doctor's surgical practice, it must first succeed on its own terms and, to facilitate that, core doctors typically need to let someone else run the show. Core doctors need to come to terms with the fact that the medical spa business is much, much different than the one they are used to, and they need to partner with people who are experienced with marketing and sales in a retail environment.

A core doctor's time is better spent doing the things medical spas cannot do: highly profitable surgical procedures. If a core doctor can get a true businessperson to operate the med spa, they will do much better in the end. Giving up this control can be difficult for core doctors to do, since a lifetime of academic and financial success tends to make them think they can achieve anything. However, most doctors don't go to business school—they usually don't know retail and they don't typically understand sales. These qualities—not medical knowledge or surgical skill—are what tend to make medical spas successful.

In addition, medical spa team members need to have the tools and the processes to be able to sell. A medical spa receptionist, for example, should not be someone fresh out of high school and being paid $20 an hour; a receptionist should be one of the highest-paid people on an administrative staff, because he or she needs to be able to sell. A medical spa should have talk tracks for nurses and estheticians, so they understand that their jobs are about selling themselves and selling the doctor. Employees at medical spas also need to understand that selling retail products is very important to maintaining a healthy business. These are things that successful medical spas do that may seem distasteful to doctors, who are used to a professional environment that is less aggressive. But this is the reality of the medical spa industry: Making money is priority No. 1, and successful medical spa employees hustle non-stop.

The businesspeople who are entering the medical spa industry are willing to do whatever it takes to be successful. A core doctor might think he or she doesn't need help, but chances are the opposite is true.

An Eye On Compliance

Although a medical aesthetic practice must be focused on sales, it is also required to follow the medical rules and regulations of the state in which it is located. Therefore, it is important for core doctors to understand how to remain compliant while delegating certain authority to others.

There are options, however. If a core doctor wishes to partner with an entrepreneur to open a medical spa in a corporate-practice-of-medicine state, they can look into setting up a management services organization (MSO). As its name suggests, an MSO provides management services. It partners with a doctor, for whom a separate company is created; this doctor's company exclusively provides medical services. This arrangement, known as a management service agreement (MSA), allows a non-physician to supervise almost every aspect of a medical aesthetic business, including branding, marketing, owning the real estate, payroll, human resources, accounting, and billing—everything except the actual administration of medical services.

Essentially, this is a lessor/lessee situation. More often than not, the MSO owns and maintains the facility, while the doctor occupies the space. The doctor pays the MSO “rent” for the right to occupy the space, and the MSO functions in much the same way as a landlord, maintaining the facility and keeping the doctor as comfortable as possible. However, unlike a rental agreement that is governed by a lease that dictates the occupant pay a set amount of money for a certain term, the amount paid to the MSO fluctuates according to the amount of business conducted by the physician. If the medical organization treats more patients in a month or quarter (depending on the terms of the agreement) than it did the previous month, the MSO will also make more money. This represents the sort of equity a core doctor's business partner might seek—in function, if not form.

The corporate practice of medicine also dictates the ways in which rank-and-file medical spa employees can be incentivized. In the world of retail, salespeople are often offered commission—they receive a percentage of the sales they make that meet certain conditions set by their employers. However, in states that observe the corporate practice of medicine, all payments for medical services must be made in full to a physician or physician-owned corporation. In these states, if a medical spa owner is paying employees commission, he or she is engaging in an illegal practice known as fee-splitting. This is somewhat common at medical spas—the people who own and operate these establishments generally only wish to reward the people who bring business to the practice. But the fact remains that if a medical spa is found to be engaging in fee-splitting in a state in which it is illegal, the doctor who owns the practice could face the suspension or revocation of his or her license, as well as a significant fine. What's more, the person who receives the commission payment is also subject to a fine. Again, a performance-based bonus structure can be offered as an alternative to commission.

Medical spa owners and operators who are not familiar with the ownership requirements in their states should contact an experienced healthcare attorney to learn what is expected of them. (Author's note: The American Med Spa Association (AmSpa) works with a national law firm that focuses on medical aesthetic legalities and, as a member, along with a number of other great benefits, you receive a discount off of your initial consultation. To learn more, log on to americanmedspa.org.)

Becoming a medical director for a medical spa, rather than opening his or her own facility, is another option for a core doctor. A lot of core doctors I have represented are doing this very successfully. The advantage of this arrangement is that the core doctors don't need to deal with actual day-to-day operation of a retail store; they can simply lend their name to a medical spa, perform some consultations, oversee the practice's other medical professionals, and then high-tail it back to their own practice rather than needing to worry about the minutiae of the business. This can provide a core doctor with a look at the industry without requiring him or her to make the enormous ownership commitment.

If a core doctor wants to enter the medical aesthetic industry, he or she cannot engage in half-measures. A medical spa that is created to function primarily as an addition to a surgical practice is unlikely to find a great deal of success; a medical spa that is designed to succeed on its own terms, however, offers numerous benefits to its owners, not the least of which is the possibility of increased surgical business.

The simple fact of the matter is that people who patronize medical spas are often very different than people who seek surgical solutions to their aesthetic issues. Medical spa patients tend to want an experience—they want to feel comfortable, they want to be tended to, and they want to get on with their day after they're finished. Keep in mind the “spa” part of “medical spa.” A visit to one of these facilities is meant to be a relaxing occurrence, not a trip to a doctor's office. The stakes are much higher for surgical patients. A surgical procedure is a major commitment, and it requires a great deal more research and care than is typically dedicated to medical spa purchases.

One Hand Washes The Other

The core doctors who oversee a properly maintained and operated medical spa stand to gain a great deal from the arrangement. A successful medical spa can earn a lot of money by itself and, if a medical spa has a lot of patients, it makes sense that the number of referrals to an affiliated core doctor's surgical practice would be higher than if the medical spa is struggling.

If a core doctor wants to enter the medical aesthetic industry, he or she cannot engage in half-measures. A medical spa that is created to function primarily as an addition to a surgical practice is unlikely to find a great deal of success; a medical spa that is designed to succeed on its own terms, however, offers numerous benefits to its owners, not the least of which is the possibility of increased surgical business. 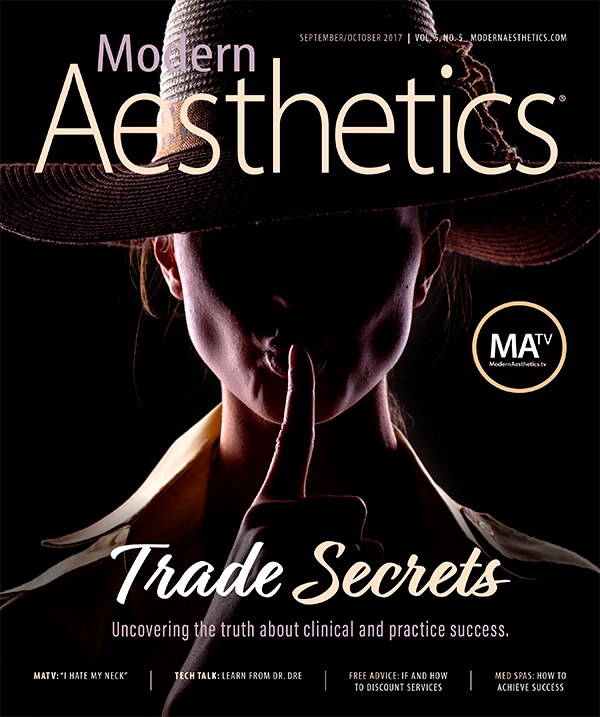