US, Brazil Take the Lead for Most Plastic Surgery Procedures

Plastic surgery is on the rise across the globe, according to new statistics from the International Society of Aesthetic Plastic Surgery (ISAPS). There was an overall increase of nine percent in surgical and non-surgical cosmetic procedures in 2016.

The top five countries – US, Brazil, Japan, Italy, and Mexico – account for 41.4 percent of the world's cosmetic procedures, followed by Russia, India, Turkey, Germany, and France.

In 2016, labiaplasty showed the largest increase in number of procedures from 2015, with a 45 percent rise, followed by lower body lift, which increased by 29 percent, upper body lift and breast augmentation using fat transfer both demonstrating equal growth at 22 percent, and buttock lift, increasing by 20 percent.

The most popular non-surgical procedures continue to be botulinum toxin injections, ranking at number one at 4,627,752 procedures (a seven percent increase over the past 12 months).

“These results confirm … that the demand for cosmetic procedures is stronger than ever,” says ISAPS President Renato Saltz, MD, a plastic surgeon in Salt Lake City, Utah. “Around the world, we are seeing record numbers of patients looking to take advantage of the latest innovations in cosmetic surgery to look and feel better about themselves.”

The data on aesthetic/cosmetic surgical and non-surgical procedures performed in 2016 was tabulated with a questionnaire sent to approximately 35,000 plastic surgeons in ISAPS' proprietary database. The results were compiled, tabulated and analyzed by Industry Insights, an independent research firm based in Columbus, OH.

Z. Paul Lorenc, MD was involved in the development and testing of Neutrogena Light Therapy Masks for Acne and Antiaging. The Acne mask uses blue and red LED lights to target inflammation and bacteria. The Antiaging mask uses red LED and infrared light to reduce inflammation and target dyschromia. Patients use the mask at home, wearing it nightly for a specified length of time.

“I recommend the Antiaging mask to any of my patients, because it will work,” he says. The mask is becoming a standard part of post-operative care in his New York plastic surgery office, to support healing and optimize outcomes after facial surgeries. “Usually after minimally-invasive procedures, I have patients start using the mask within 24 hours,” Dr. Lorenc says. “For more invasive procedures, patients may wait three to five days.” 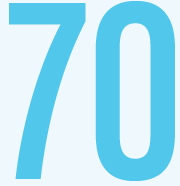 Percent of consumers who now say they are thinking about getting a cosmetic treatment, according to survey data released by the American Society for Dermatologic Surgery (ASDS).

The ASDS Consumer Survey on Cosmetic Dermatologic Procedures indicates the percentage of consumers considering a cosmetic medical procedure has doubled since 2013.

In a deal valued at $190 million in cash, Valeant Pharmaceuticals International, Inc. entered into an agreement to sell its Obagi Medical Products business to Haitong International Zhonghua Finance Acquisition Fund I. Limited partners of the Fund include industry veterans in other geographic markets, such as China Regenerative Medicine International Limited. Valeant will use proceeds from the sale to permanently repay term loan debt under its Senior Secured Credit Facility. The transaction is expected to close in the second half of 2017, subject to customary closing conditions, including receipt of applicable regulatory approvals.

The Regenica line is based on multipotent CCM Complex (Cell Conditioned Media), which comprises active growth factors and proteins.

“Histogen has developed a next-generation regenerative cell technology, harnessing the power of growth factors and stem-cell signaling molecules for skin rejuvenation that complements Allergan's flagship growth factor technology - TNS,” says Rahul Mehta, Ph.D. Vice President, Research & Development at SkinMedica, an Allergan Company, in a news release. “In addition to the Regenica product line, we are looking forward to collaborating with Histogen and leveraging their science to further bolster SkinMedica's commitment to evidence-based skincare.”

First created at Histogen as a three-product line for anti-aging and post-resurfacing, Regenica was licensed by Suneva Medical in 2012 and has grown to the current Advanced Rejuvenation System of six products sold through medical aesthetic professionals throughout the world.

Syneron Medical Ltd. announced the successful completion of its acquisition by an affiliate of funds advised by Apax Partners for $11.00 per share in cash in a transaction valued at approximately $400 million.

In conjunction with the closing of the transaction, Geoffrey Crouse was named Chief Executive Officer and a member of the Board of Directors of Syneron Candela. Mr. Crouse has successfully led businesses in the life sciences sector spanning capital equipment, diagnostics and tools. Prior to joining Syneron Candela, he served as Chief Executive Officer of Cord Blood Registry from 2012 to 2015, when the company was sold to AMAG Pharmaceuticals. Prior, he served as Chief Operating Officer of Immucor, a publicly traded company in the in-vitro diagnostics marketplace, and led Health Economics and Reimbursement Outcomes for Roche Diagnostics. Mr. Crouse currently serves as a member of the Board of Directors at Invitae Corporation and Prelude Fertility.

Sculpture OK'd for Back, Inner and Outer Thighs

The FDA granted an expanded clearance for Cynosure's SculpSure to treat the back and inner and outer thighs.

The SculpSure treatment is already FDA-cleared for treatment of the abdomen and love handles.

Developed by Cynosure, a division of Hologic, SculpSure utilizes a selective wavelength laser that precisely targets fat cells under the skin. The laser raises the temperature of body fat to disrupt and destroy these cells, which are naturally eliminated over time and do not return. Patients are able to achieve desired results – without downtime or surgery – through customized treatment plans, each lasting only 25 minutes.

Alma added Alexandrite technology to its Soprano ICE platform in 2014 for tougher hair removal cases. Now, with the addition of Nd:YAG technology, providers can use the 1064 wavelength to address unwanted body hair especially on darker skin types. In addition, this module can also be used for the treatment of pseudo folliculitis barbae (PFB). 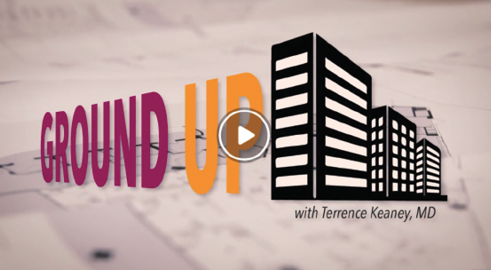 After five years of practicing dermatology, Terrence Keaney, MD is ready to build his own practice. Watch as he navigates the process on Modern Aesthetic TV's new series “Ground Up”. Watch now by clicking on the video to the right.

Find Time for You 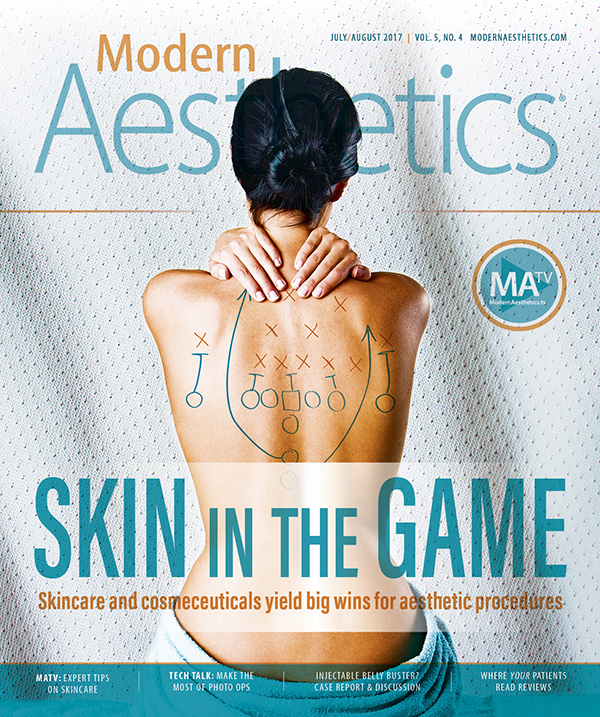