For the right practice, a dedicated patient care coordinator may generate higher levels of return patients, increased levels of patient referral, and decreased turnover of employees.

All business ventures must balance costs and benefits. In descending order, the three main costs in medical practice are salary, rent, and advertising. The median staff percentage of expense for a plastic surgery practice calculated by BSM Consulting (2015) is 13 percent to 19 percent.1 A key and necessary role in a plastic surgery office is the patient care coordinator, who effectively acts as the sales closer. This sales role can be fulfilled by hybrid employees who dedicate some time to the patient care sales conversion, or fulfilled by a full-time PCC. A full-time PCC position is a way that plastic surgery has adapted to the financial environment matchin g supply and demand.2 The PCC has an educator role to increase demand, which maintains higher remuneration rates as advised by Krieger and Shaw.3

Recent staff changes coupled with the increase in key index procedures tracked from 2012-2014, noted in Figure 1 warrant an analysis of this relationship.1 Results were used from this analysis to make a hiring decision. The results could furthermore indicate a model to be repeated in other plastic or cosmetic surgery practices. The demand for dedicated service definitively existed as the practice growth in cosmetic procedures was positive as shown in Figure 1.

Three major factors are at play in the decision-making: 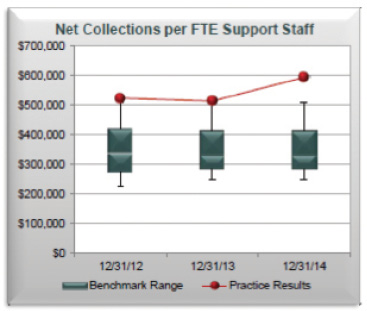 The hybrid manager completed the workload in 18 hours/week vs. the PCC's 40 hours/week. The additional cost to the practice was $7,072/year. The PCC had conversion rates of 38 percent vs. 33 percent of the hybrid manager as seen in Figure 2.

Because neither the market nor practice was saturated, there existed additional potential growth for conversion. In 2012 there were 149 cosmetic cases, whereas there were 246 cosmetic cases in 2015, equaling a 65 percent increase in demand.5

The opportunity for unconverted cases in 2015 would have been 36 cases due to a differing conversion rate between hybrid manager and dedicated PCC as noted in Figure 2. These 36 cases multiplied by an average of $7,000 per case results in a $252,000 gross income increase per year. The net profit ratio would normally be 39 percent or $98,280. The cost of the PCC salary was $7,072, giving a net opportunity cost of $91,208.

The demand for cosmetic surgery continues to increase in practice as predicted by Steven Miller.6 It is important to maximize employee productivity to remain competitive, something in which DAVinci Plastic Surgery excels, as seen in Figure 3.

Although a PCC requires more hours to complete the role than the more experienced hybrid manager, the net additional costs are negated by the increased conversion rate and productivity during surgery with higher remuneration.1

Non-quantifiable variables may also play a valuable role in the assessment of PCC practice need. A dedicated patient care coordinator may generate higher levels of return patients, increased levels of patient referral, and decreased turnover of employees due to reduced stressors and strain on hybrid personnel. This position is also able to adapt to evolving customer practices and may improve email response time to web inquiry consultations. As referral sources graduate more and more to online sources, they can manage the messages. While it is early in the DAVinci Plastic Surgery PCC transition process, the first crossover month showed a 60% increase and the first full month a 67 percent increase in booking.1

A dedicated PCC was an appropriate DAVinci Plastic Surgery full-time equivalent hire. This change was implemented, and in the first full month of a dedicated PCC there was a 67 percent increase in bookings. Similar cosmetic practices may want to make the same investment to improve conversion rates and resultant bottom line profit.

The authors have no financial interest to declare in relation to the content of this article.

Is a PCC right for your practice? Download the Modern Aesthetics App to read commentary from experts on the role of PCCs and the potential ROI. Then Tweet us @ModAesthetics to let us know what you think.

From Frozen to Fresh

How To (Successfully) Incorporate Hot New Treatment Trends Into Your Practice 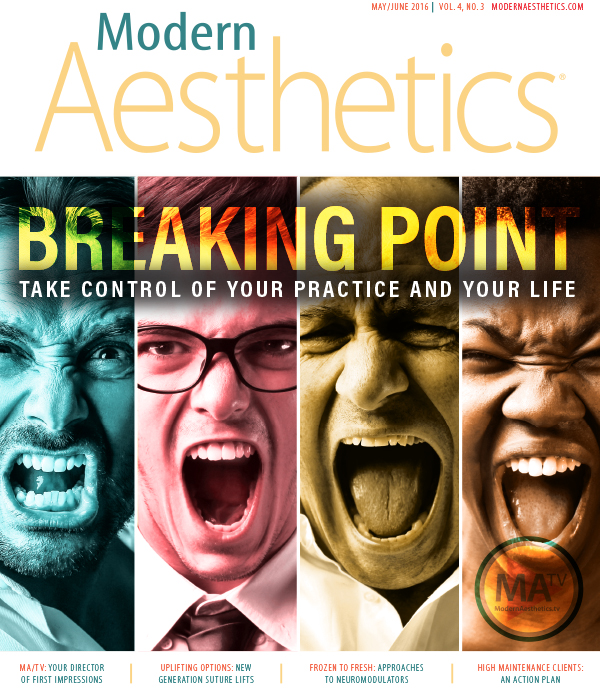