The Benefit of Doubt

Is it time to shake up how we think about modern aesthetics?

The year was 1847, and the maternity clinic at the Vienna General Hospital in Austria was plagued by a fever resulting in a maternal mortality rate of 10 percent, surprisingly high for a prestigious clinic that housed medical students, teaching labs, and professors.

By contrast, the midwife clinic, which was far more crowded, reported a maternal mortality rate of less than five percent. Ingaz Semmelweis, MD, a curious obstetrician and, despite the romanticism, a somewhat obstinate fellow with a personality acidic enough to aggressively challenge the establishment's dictates deduced that the medical students were the culprits. When one of his medical colleagues died of the same fever after being poked in the cadaver lab by a student's scalpel, Dr. Semmelweis recognized the students were inadvertently transferring a “cadaveric poison” from the anatomy lab to the delivering mother. He professed if they washed their hands with calcium hypochlorite, the death plague would be halted. However, his breakthrough occurred before the germ theory was realized therefore he couldn't explain the why or how behind it. The establishment would have nothing to do with such blasphemy: “Doctors as a cause of disease, how dare suppose such a thought.” Dr. Semmelweis even got the proverbial condescending, “he said nothing new” from renowned physician of the time Sir James Young Simpson. He was ridiculed, demeaned, and dismissed from the hospital. He took the rejection hard, slipping into a state of madness and eventually lured by a “friend” into an insane asylum. Upon his resistance he was beaten by guards and died 14 days later at the age of 47.

Years later, following Louis Pasteur and Joseph Lister's germ theory findings, Dr. Semmelweis was vindicated. Once hand washing began at the Vienna maternity clinic, the mortality rate immediately dropped by 90 percent and within months it was at zero. Today, hospitals, medical schools, and statues are erected to honor the once-rogue Dr. Semmelweis, his outlandish theories, and his courage. And what about the celebrated professors who doubted him? They have faded off into irrelevancy. Statues are only created for doubted thought leaders, never for their celebrated followers.

It is a great story and one in which the truth is somewhat more complicated. Dr. Semmelweis refused to publish his findings for 10 years expecting us all to just believe. He also was noted as exceedingly rude and not immune to publically insulting other doctors. He was dismissed from his hospital appointment more due to Austrian-Hungarian political reasons than for his theories. And the madness that occurred 18 years after his seminal findings may very well have been a result of tertiary syphilis. Yet the story, now reaching mythological status, deserves greater attention than the neatly packaged commercialized narrative frequently found as an introductory chapter to an eighth grader's history book. A closer examination suggests the story is still the norm today.

Science is replete with doubted thought leaders who were denigrated, damned, and banished for blasphemous ideas that ran counter to the conventional wisdoms of the time. Whether it is was the Church excommunicating Galileo, the Prussian Academic Society rejecting Albert Einstein, or the medical community quickly dismissing Barry James Marshall and J. Robin Warren who claimed a bacteria etiology behind gastric ulcers, scientists, in general, and physicians, in particular, are quick to dismiss a new idea. And aesthetics is no different. Look no further then aesthetics' very own, Jacques Joseph, MD, who was kicked off the staff at the Berlin Charite Hospital for doing vanity surgery.

What can we learn today from these stories?

It seems the noose on medicine is tightening. The current social, political, and legislative ethos are quick to damn, criticize, and perhaps even criminalize independent thinkers and actors. We may be witnessing the creeping collectivism affecting medicine, delivering its soma via electronic medical records, flow charts, and evidence-based medicine dictums. This prescriptive, which we offer up to the Leviathan, propels our medical students, residents, and young physicians into group think. Yes, we do so with a noble and stated aim to protect the public and better train the next generation of physicians, but perhaps an unbiased observer would recognize a purpose that also deceptively protects an elitist agenda.

Let's be honest and unapologetic with ourselves: physicians and surgeons are notorious for their healthy egos. And perhaps this is a necessary character trait to accept the day-to-day responsibility of taking another's life and well-being into their hands. Nobody wants a surgeon who is timid, indecisive, and unsure of him or herself, but we need to recognize that like Semmelweis, Einstein, Joseph and other counter-current swimmers, it is fortitude and an often boorish personality that leads to the greatest breakthroughs in science and medicine. We can welcome in the obedience of mandatory guidelines instituted by the state, academia, and conventional wisdoms, but we may be allowing a wolf into the lamb's den. The same restraints intended to hamper the rogue maybe be hamstringing the creative. We have to be careful not to handicap, smother, and discourage those who disrupt, frustrate, and yes, push us all forward.

Up to now aesthetics has enjoyed a modicum of independence. We have been given latitude to practice much more independently and a capitalistic spirit breathes rapid advancements, but maybe our specialty too is at risk for being vulnerable to Big Brother group think?

Let's reflect on how we teach, promote, and practice our craft. Our book chapters, podium presentations, and journal articles concentrate on how to better improve one feature of the face in isolation as if there is no relativity to other facial features. Shouldn't we ask:

The damp singular dogma that is our standard is perhaps shortsighted and counter to the practicality of what we are tasked to do. It certainly is not what our patients are asking of us. Yet in goosestep with industry, academia, and regulatory we march forward disregarding and overlooking what our patients are really desiring. If we listen carefully through the turbulent winds, we can hear the distant whisper of patients crying out, “We want to be understood differently, we want you to realize I am not a chin, a cheek or a nose. I am a person.”

Let's think about the face, body, and skin as it exists relative to the person. Never has a patient asked me for a two-point reduction in a glabellar line or a one-point reduction in their nasolabial folds. How is it that we treat a face yet rarely, if ever, mention the influence of dentition on appearance? How is it that we talk about skin rejuvenation, but gloss over the impact of nutrition and hormones on skin? How is it that the number one concern our patients have is looking unnatural, yet we don't address the risk and consequences of over-aggressive surgical treatments? Why do we not touch upon the incredible influence of pain, staff morale and dare I say, the physician psychological disposition on outcomes? And how is it that we talk about making people more beautiful but we neglect the number one influencing feature improving a patient's attractiveness, an elevated self- esteem framed by a Duchenne smile? Success in aesthetic medicine is based on an outcome more influenced by mind and mood than form and function. Yet, we rarely if ever talk about the psyche of our patients.

Is Multispecialty the Way Forward?

Aesthetics has seen progress lately by welcoming in the other cores, but moving forward, should we consider inviting the dentist, psychiatrist, nutritionist, and endocrinologist into our discussions? If we are to treat patients and not just facial features, the future may include a new prism through which we view our field and craft.

These thoughts may be premature, but certainly there are others out there with their own profound thoughts. Perhaps we create a forum to unabashedly release them in our meetings, journals, and podiums. A forum free from the confines of peer review, collective pessimism, and restricting red tape. A forum open to new ways of thinking with an optimistic spirit of anything is possible. But if we are not yet ready… well then here's to the courageous mavericks who will persistently swim upstream disrupting us all toward a new path. And one thing we can bet on for sure: Whoever that person is, he or she will at first be doubted. 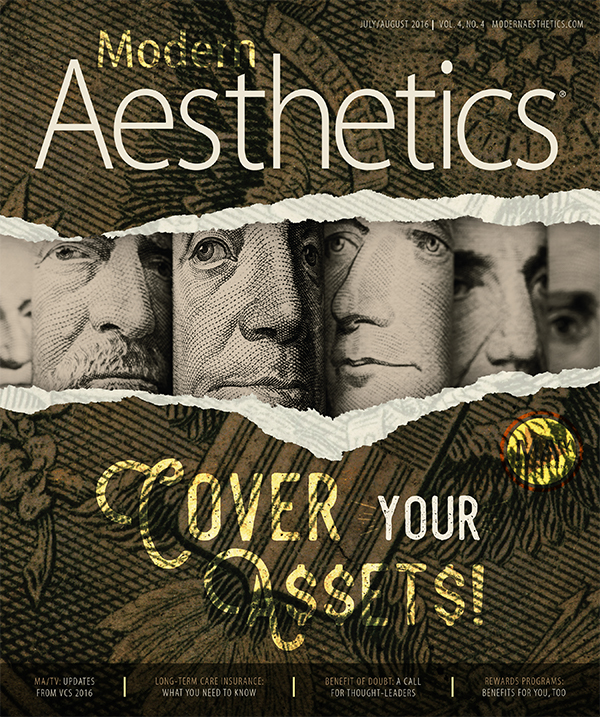