MICRONEEDLING: A LEGAL PERSPECTIVE FOR PHYSICIANS

BY ALEX R. THIERSCH
Alex R. Thiersch is the founder and director of the American Med Spa Association (AmSpa), an organization created for the express purpose of providing comprehensive, relevant, and timely legal and business resources for the medical aesthetic industry throughout the United States. For more information about becoming a member, log on to www.americanmedspa. org. Alex can be contacted at alex@americanmedspa.org.

In recent years, microneedling (also known as collagen induction therapy) has become very popular in the realm of skin rejuvenation. The reasons for this are simple: It produces visible results, there are few possible complications, and it is extremely simple—a patient can undergo a basic microneedling procedure in a matter of minutes.

Microneedling is also popular with medical spa owners, because it is often performed by an aesthetician without supervision and without a workup or examination, so the profit margins for these treatments are quite high. However, in most cases, aestheticians should not be performing these procedures. Even though there is some gray area regarding the finer points of the law when it comes to microneedling, it is in a business's best interest to view it strictly as a medical treatment.

The microneedling process is very simple: Tiny needles penetrate the skin in order to create superficial wounds that stimulate the production of collagen and other growth factors in response. This can help to reduce the appearance of fine lines, wrinkles and stretch marks without the pain of epidermal abrasion. At lower depths, microneedling can also be used to treat rosacea and scarring.1

There are a few common ways to apply this treatment. Traditional microneedling devices—such as stamps and rollers—feature needles that are arranged at fixed depths. More recently, pen-like mechanical devices that insert needles vertically and can be programmed to administer treatment to varying depths have allowed clinicians to easily customize each procedure to a patient's needs. Before a microneedling procedure, collagen-stimulating products are applied to the skin to prepare it for the treatment, and numbing agents are sometimes used to help combat pain; afterward, hydrating and healing agents are utilized to assist the skin's recovery.1

This procedure is very easy to perform and is relatively safe. According to Terri Wojak, founder and lead educator for True U Esthetics in Chicago, very few complications from microneedling have thus far been reported, and those that have—a few cases of granulomas caused by the use of improper substances after the procedure and a case of scarring caused by excessive pressure—have been the result of technician error rather than flaws that are endemic to the treatment. However, just because a treatment is simple and relatively safe does not mean that medical spa owners and operators should be lax in regard to its application. 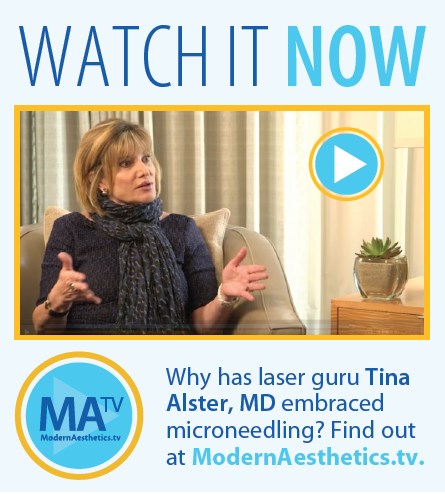 Almost universally, aestheticians are prohibited from performing any medical treatment, which in this case can be defined as a treatment that breaks the outer layer of the skin. Normally, it would stand to reason that any procedure involving a needle also involves breaking the skin, so an aesthetician should not be allowed to administer this type of treatment. However, the distinction of whether or not the skin is being broken is very difficult to make when you are dealing with tiny needles that can be mere fractions of a millimeter long.

So at what depth is the skin broken? Unfortunately, there really is no hard and fast rule. There are no laws that address this yet, so in reality, it depends on the patient, the part of the body being treated, and the amount of pressure that is being applied. Generally speaking, if the depth of the treatment is greater than the outer layer of the skin—as it sometimes is with microneedling, regardless of intent—it is a medical procedure, and you and your team should proceed accordingly.

Obviously, this can be problematic. If a microneedling procedure is determined to be medical in nature, patients must receive the same treatment that they would during a regular doctor visit. That means that a patient history must be taken; a physician, nurse practitioner or physician's assistant must see the patient prior to any treatment; and proper supervision and/or delegation of procedures must be observed. This makes the procedure far less profitable for the medical spa.

You should assume that this will represent the status quo sooner rather than later. Granted, microneedling is a relatively safe, simple procedure; but, at some point, there will be a bad outcome—maybe substantial scarring, maybe infection—that will cause lawmakers to take action. When that happens, it is likely that microneedling will be explicitly classified as a medical procedure, and that aestheticians will be flatly prohibited from performing it. And it is best for medical spa owners and operators, and physicians performing medical aesthetic procedures to come to terms with that reality now, because if you begin to treat microneedling as a medical procedure, you limit the exposure of your facility and your employees to lawsuits that may ultimately close your business.

It may take a bite out of your bottom line at first, but at the end of the day, you will likely find that avoiding risk and conforming to this higher standard will help your facility improve its services and avoid transitional speed bumps when stricter laws regarding the microneedling procedure inevitably take effect.

WHAT'S THE POINT? INNOVATIONS IN THE INJECTABLE SPACE

BOARD FORUM: REWRITING THE RULES 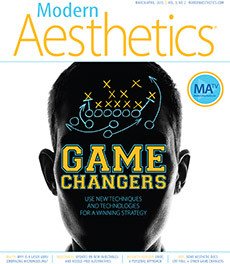