Capitalize on Consumer Interest In Injectables

Consumer interest in toxins and fillers is soaring. In the third quarter of 2014, RealSelf reported that 2.4 million pages were viewed by consumers researching injectables, a jump of 33 percent over the year before.1 From preliminary research about specific injectable brands to inquiries about alternatives to reviews by other users, consumers spent 1.5 million hours during the three-month period as they laid the groundwork for their own aesthetic journeys.

A deeper dive into the data from RealSelf research offers up other insights, as well:

Popular brands: As could be expected, the majority of consumers look up content based on specific injectable brands. Yet, nearly 1 in 5 conduct research that is nonbranded, focused on topics like “liquid facelift” or specific beauty problems (e.g., “sagging face). Among branded products, Botox and Juvederm dominated the competition, accounting for 34 percent and 22 percent of total pages viewed, respectively, and a combined 56 percent share of voice (percent of content viewed). Allergan's overall share of voice for branded injectables was 65 percent, representing a 14.5 percent gain vs. a year ago.

New players: Once on the market, Juvederm Voluma XC rapidly generated consumer interest, achieving a 9 percent share of voice in Q3 2014.2 Although it's unclear whether these customers are new to the market or represent a share shift from other products, the diversity of the research conducted on RealSelf reveals a desire for a full range of information, including costs, risks, and where on the face it can be used.

Comparison shopping: While Allergan brands command the highest share of voice, much of consumers' injectables research involves comparing these brands to others, such as Juvederm Voluma XC vs. Radiesse or Botox vs. Dysport. Though many start their research with familiar names, these comparison-style questions offer evidence that people want to educate themselves and evaluate multiple options.

Big-city interest: While interest in injectables spans the nation, some areas play an outsized role in the statistics. Among large cities (one million or more residents), interest3 is especially high in Los Angeles, San Francisco, San Diego, Austin, and Seattle. Many of these cities are home to major technology companies, where looking youthful and avoiding extensive downtime may make “quick fixes” preferable to more invasive procedures that require longer recovery periods.

Small-town searching: Interest in injectables is hardly limited to major metropolitan areas. In fact, on a per-capita basis, many smaller cities actually demonstrate a higher level of interest than their big-city counterparts. Among those cities with at least 50,000 residents, the top five were Bowling Green, Eau Claire, Waco, Topeka, and Gainesville. It may be worth noting that all of the above are home to colleges and universities.

Patient satisfaction: Having conducted their research, picked a provider, and undergone their chosen procedure, most injectable patients are happy with their results. Overall, consumers gave injectables a satisfaction rating of 73 percent over the last 12 months, up from 65 percent in previous periods. In fact, eight of the 12 products analyzed had higher “Worth It” ratings this year, with Juvederm Voluma XC (87 percent), Xeomin (75 percent), and Perlane (72 percent) posting the highest satisfaction ratings.

IT'S NOT THE DATA, IT'S WHAT YOU DO WITH IT

There's a lot of talk about Big Data these days but the reality is that even the most comprehensive data is only a means to an end: With injectables, the data demonstrates its true value when it helps you determine how and where to focus your marketing efforts. Among the takeaways:

Comprehensive product/treatment information for established brands remains important: While aesthetic consumers are now familiar with the likes of Botox and Juvederm, they are using the web to go beyond product promises to get details about the benefits, risks, and cost of getting treated. Providing consumer-friendly content about appropriate use cases, injection processes and other basics helps them make more informed decisions, a key to patient satisfaction.

Consumers are comparison shoppers: They want to know about the differences between their injectable options. Answering comparison-style questions, for example, speaks directly to the issues that are top of mind for many people; likewise, framing your own content in a similar manner mirrors the way people now search the Internet (e.g., via voice and natural-language inquiries).

Time is of the essence: Whether they're college students or competition-challenged executives, many of today's aesthetic consumers are not in a position to endure recovery times measured in weeks or months. Emphasizing the limited downtime that toxins and fillers require—and showcasing how your practice facilitates it—can be effective selling points.

Pictures are powerful: As with any aesthetic procedure— surgical or non-surgical—before and after photos offer evidence of your work and establish a baseline for potential outcomes. They're compelling, too, as evidenced by the fact that such images account for 50.17% of consumer pageviews on RealSelf. If you're not capturing images of your patients' injectable experiences, it's time to do so and get them posted (assuming you acquire proper consents!).

FROM SHORT-TERM RESULTS TO LONG-TERM IMPACT

Put it all together and it's obvious that aesthetic consumers are doing their “due diligence” before proceeding, a process that the marketing experts at McKinsey & Co. have dubbed the “consumer decision journey.”4 In these digitally driven times, it's an apt description, as the path from consideration to purchase is marked by multiple touch points, input from a variety of sources and a steady stream of new information.

That ever-shifting landscape presents both a challenge and an opportunity for doctors. The challenge arises from the ongoing commoditization of the injectables market and the resulting pressure to compete on price, a tactic that tends to dilute differentiation among providers. The opportunity flows naturally from there: A practice can stand out from the crowd by being a resource for consumers who are seeking to be informed and empowered patients.

That's especially significant when you consider that that first syringe of Botox or Juvederm Voluma XC is rarely the end of the trip. Whether it's annual touchups, a moreinvolved surgical procedure down the road or a combination of the two, a patient who is satisfied with her injectable experience is a likely candidate for repeat business.

They're people like “301Linda,” a RealSelf community member who visited her doctor for a liquid facelift and subsequently wrote, “The great thing about a liquid facelift is the instant results and no recovery period. You do have to return for touchups, but it is worth the cost in time and money to maintain your new appearance.”

For 301Linda, the results of those touchups may be temporary but the impact on her doctor's practice will be anything but. 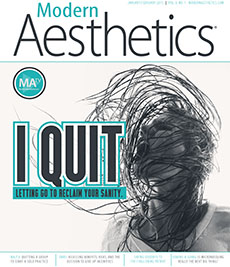