My Take: Standing on the Shoulders of Giants

Coming of age in suburban Chicago, my interests centered around football and the opposite gender. Occasionally between penciling in my social calendar and studying, I peered up at my bookcases to see the three-volume series, Medicine and the Allied Sciences (1920) authored by my uncle, or at least that is what I was told. My grandfather's brother, a descendant of enlightened German ancestry and a professor at the University of Illinois, was well known for teaching a popular review course in general medicine. I understood he was a passionate teacher with a skill for making the complex simple. He became a surgeon. Later, when deciding to pursue a career in facial plastic surgery, I learned he was instrumental in bringing rhinoplasty into the US. His name was Samuel Fomon, PhD, MD. Along with Irving B. Goldman, MD and Maurice H. Cottle, MD, he founded the American Academy of Facial Plastic and Reconstructive Surgery (AAFPRS). Many rhinoplasty instruments bear his name. (I may have unapologetically dropped his name during fellowship interviews—there has to be some benefits to being a new found legacy.) To this day, I consult those same books and others he has written. Recently, I was brought closer to him at a conference in Curitiba, Brazil. I mentioned my uncle during a talk and was approached afterward by Dr. João Maniglia, a Brazilian Facial Plastic surgeon. He mentioned that he had learned from Uncle Sam and happened to have an instructional video that my uncle created in the 1950s. João got it from his brother Tony, a prominent Otolaryngologist and former Chairman at Case Western Reserve, who received it from my uncle's widow. I was thrilled to see it, and João graciously gave me a digital copy. João then went on to tell me stories of the giants from whom he learned. In parallel, I also was introduced to more than 100 doctors who learned rhinoplasty from João. It dawned on me that João is to Brazilian Facial Plastic Surgery what Sam Fomon was to US Facial Plastic Surgery.

I was fortunate to learn from a multitude of great pioneers in rhinoplasty including M. Eugene “Gene” Tardy, Jr., MD who spent time under Ira Tresley, MD who learned from my Uncle Sam. I did my fellowship with Stephen Perkins, MD, who descends from Drs. Gaylon McCollough and Jack Anderson. And I was fortunate to be a resident at the University of Illinois witnessing Dr. Dean Toriumi's meteoric evolution. Without their pioneering efforts and willingness to teach and share, I am not sure I'd be where I am today. These great leaders, if not directly, then indirectly, paved the way for many of us.

All of this prompted me to wonder how well we truly appreciate where we come from and the impact it has on who we are. There is increasing evidence that a collective memory is passed on genetically.1 Traumas and learned behaviors by your ancestors may lead to inexplicable reflexive thoughts and actions coded within the nucleotides of your DNA. For eons, embedded heuristics have compounded as family units didn't stray far from their locations or tribes. It is only in a post-modern era that heterogenous peppering occurs as we increasingly drift from our nuclei to different cities, countries, or continents. Genotypes, phenotypes, and perhaps social behaviors are by-products of centuries of external environmental pressures. Who you are is based on thousands of years of adaptive evolution. If you really want to better understand who you are, the way you think and act, there is no better way than to return to your roots. Visit from where you come, walk the streets of your ancestors, sit in the cafes of your kin, pray in the pews of your past.

I am the heterogenous product of a diverse union. My maternal lineage features Eastern European polymaths and upper class socialites. My paternal side extends from community leading Kabbalists and Middle Eastern street merchants. Last year I had the opportunity to visit the old ghetto in Marrakech, Morocco where my father was born and reared. I visited the grave sites of my great grandparents and the final resting place of cousins and family members I didn't know I had. The elderly graveyard attendant with less teeth than hair shuffled me through a family history that I was embarrassed to say he knew better than I. In the markets, I talked with shopkeepers who recognized my surname and told me tales of my tribe. A visiting Canadian woman told me she knew where my family lived and took me there. It is hard to believe my father and eight siblings lived in that small of a dwelling. I watched locals haggle for bread, argue aggressively, and hug and kiss passionately. I saw families celebrating over shared meals, and I visited respected sages from schools with no name. I left Morocco with a different perspective on who I am, who my family is, and where I am intended to go.

We are products of a past and exist in the present as stewards of knowledge gained from the collected experience of prior generations in our professional or personal presence. We are tasked with the privilege to deliver forward.

Tell us about the giants who influenced your career, so we may recognize them. Email: editor@bmctoday.com" or Tweet @ModAesthetics #mentors #giants 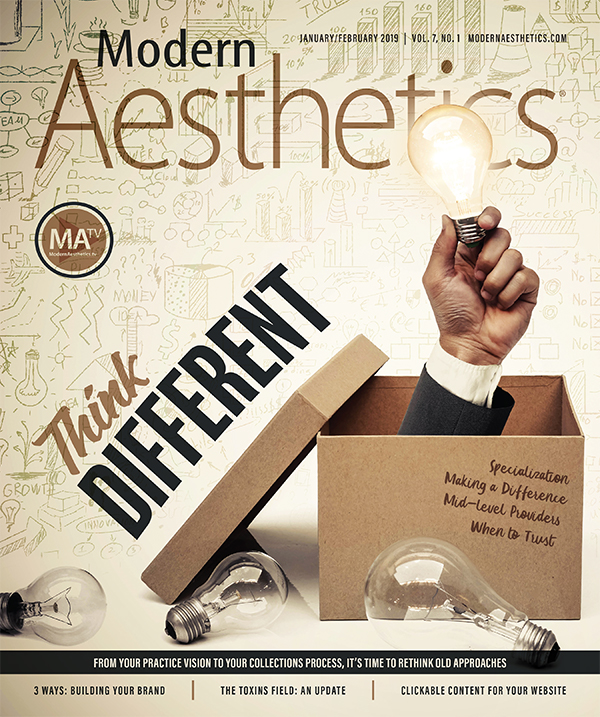