With the success of non-invasive fat reducers, new technologies and applicators are being developed in rapid-fire succession. Zeltiq, maker of CoolSculpting, has been granted FDA clearance for its CoolMini applicator for smaller areas of treatment, including the submental area. In a 60-patient clinical trial, subjects undergoing one or two treatments to the neck showed 20 percent reduction in fat.

Cynosure has also recently received 510K FDA clearance for its non-invasive, hyperthermic 1060nm laser called SculpSure. The current approval is for non-invasive lipolysis of the flanks with future application for abdominal fat, as well. It is a hands-free device that takes about 25 minutes for treatment with results after one or possibly two treatments.

Other modalities for localized non-invasive lipolysis will probably include injections. Currently approved for injection lipolysis of the submental area, deoxycholic acid (Kybella) would probably be a useful tool to address localized fatty areas of the trunk and extremities. Stay tuned.

More employers and insurance companies are offering insurance coverage for sex reassignment surgeries and hormone therapy related to transgender patients. Variations in coverage vary from genital surgery and breast surgery only, to some FFS, although some insurance companies may deem these “cosmetic.” Even the US government has proposed new rules that would bar insurance companies from categorical denial of benefits. Altogether, this shifts seem to suggest a new “transition” in health insurance. 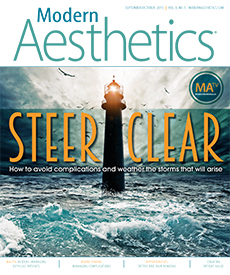