Discussions regarding neurotoxins too often focus on the subtle differences between the agents, when the emphasis should instead be how and when they are applied.

Neurotoxins have come a long way since Botox Cosmetic (onabotulinumtoxinA, Allergan) first arrived on the market more than a decade ago. Not only have aesthetic clinicians learned more about these agents and the nuances of how and where to inject them, but the market has also seen the addition of two additional toxins with aesthetic indications. Patients and clinicians now have more options to achieve the best look and the longest-lasting results. However, while giving patients more options is an undeniably positive development, the presence of three agents has somewhat altered how many of us think, talk about, and perhaps even use toxins. In fact, recent discussions may place too great an emphasis on the differences between the three toxins, when in reality they are more similar than dissimilar with regards to dosing, efficacy, and longevity. Thus, it's important to place the current data about the various products into perspective so that we may incorporate them into practice more effectively and efficiently.

Understanding the similarities between the neurotoxins requires a close inspection of the science behind them, as well as the circumstances of the claims made about them. The first point to consider is that each of their respective chemical compounds is based on the same 150 kilodalton molecule. While the additional complexing proteins for onabotulinumtoxin A and abobotulinumtoxinA (Dysport, Medicis/Valeant) are different, they don't appear to be integral to the efficacy of the basic 150 kilodalton toxin molecule.

Beyond this, some of the key differences between abobotulinumtoxinA and onabotulinumtoxinA that are often cited as common knowledge have actually been disproven. For example, on the issue of preserved versus unpreserved saline, three different trials have shown that preserved saline has no effect on efficacy.1 Reconstitution has also been a divisive issue, but, again, three separate trials have shown that the vigorous shaking of vials results in no effect, while other studies have shown no difference in efficacy two weeks after reconstitution.1 There has also been some controversy over the concept of freezing reconstituted product, but this too has been disproven by multiple human trials finding no difference after two weeks of freezing reconstituted product.1

Additionally, when comparing any studies on neurotoxins, it's worth noting that most post-market studies are evaluating specific variables. These variables and the means of measuring them are often quite different, which renders any comparison potentially problematic. Thus, while abobotulinumtoxinA is often stated to be associated with a slightly increased field of effect, there is little clinical evidence to support a truly noticeable difference even after several years of using these products. We should also have expected to see a greater number of patients with ptosis from abobotulinumtoxinA than from onabotulinumtoxinA in the FDA trials if this were the case.

These points are worth considering in a discussion of onset of action, as well. While studies have indicated a rapid onset of action for abobotulinumtoxinA, the initial trials for onabotulinumtoxinA did not evaluate onset of action. Thus, while we often see the two drugs compared on these grounds, it's not really a fair comparison. Moreover, the clinical relevance of this data is somewhat questionable, as it doesn't detail the extent of the response. In addition, I again emphasize that if one product showed a true advantage over the other in this area, it would be more evident both in clinical trials and in the growing experience that many clinicians have with these agents.

Based on the data, as well as vast user experience, we can surmise that any of the three toxins would be acceptable in a given situation or patient, provided that they are injected properly. In fact, they can be used pretty much interchangeably. We are instructed in lectures and articles about the subtle differences of the three agents, but clinical response to all three neurotoxins is like a bell-shaped curve. A large group of patients gets the average result, but occasionally there are outliers who get “non-average” results. There are some clinicians who find that one product lasts longer than the others, or that patients tend to respond more on a given product, but this can likely be attributed to how our initial experiences with a given drug cement our perceptions of it. For instance, there is no evidence that patients bruise more with one product than another, but the patient may bruise one day with one drug because of taking aspirin or because the doctor hit a blood vessel and the patient will blame that on that particular product.

While many of these scenarios aren't a result of the drug itself, switching toxins can prove useful—whether due to a loss of effect or simply to appease a patient's desire to try something different. In regards to the clinical response of a patient and complexing proteins, I don't think we understand those proteins well enough to know why some patients respond better to one brand versus another; nevertheless, it's a pattern I've seen on occasion in practice. To avoid confusion with syringes, my reconstitution is 2.5cc of saline for onabotulinumtoxinA and incobotulinumtoxinA and 3cc for abobotulinumtoxinA. Although I tend to be conservative when it comes to cosmetic procedures, I have no fear of a specific product related to diffusion in any area. In fact, I use abobotulinumtoxinA and onabotulinumtoxinA safely in all areas, including the lower eyelid, depressor anguli oris, lip, etc.

Given the similarities between the three agents, product selection will likely come down to patient name recognition and personal comfort zone. Importantly, patients should play a significant role in the selection process. If a patient has already experienced good results with one product, it behooves the clinician not to switch to another. Results from a retrospective survey analysis that we conducted confirm this. In the study, 400 patients who received onabotulinumtoxinA tried abobotulinumtoxinA in various areas at a 2.5:1 dose conversion.3 Patients were asked if they felt their abobotulinumtoxinA injection was more effective once the product had reached its peak effect, lasted longer, or worked faster. A majority of patients said no, with some slight variance depending on the location of the injection.

Whether for a first-time toxin patient or a switch, product selection should be dictated by comfort and by your rapport with the patient. I will often tell the patient that there are several neurotoxins on the market and that according to FDA trial data they are very similar with similar safety profiles. I also tell them that occasionally patients will do better with one product over another and if they want to switch products that they are free to do so and that I am not concerned that they will have new side effects from the new product. I also make a point to tell the patient that I cannot guarantee the new product will be any better than what they are currently using, and in rare instances it might not be as good as what they are using. For patients who are seeing diminished effects (which is a small percentage), I encourage them to try another product since they are now getting suboptimal results from their current product.

Some requests to switch products may be related to rebates or other savings, which is also perfectly suitable; however, I take care to tell the patient that the results may not be the same. The net cost between products to the physician to acquire the drug and to the patient to receive the drug may not be great, particularly if promotions or rebates are used. Nevertheless, patients tend to be very price-sensitive, so they may be inclined to begin with a slightly more cost-efficient option.

No matter what factors are important to each individual patient, the most important step in making an initial selection is involving the patient in the decision-making process.

As research and experience continue to guide our judicious use of neurotoxins, it's important to remember that the subtleties of these products emerge more from how we use them rather than how we differentiate them. Indeed, we may learn more about the subtle differences between the currently approved products; nevertheless, a clinician's focus is better directed toward how to incorporate these agents into an aesthetic regimen, increasing their longevity, and harnessing them to the benefit of patients. In a perfect world, more industrysponsored large trials comparing the efficacy of one brand to another would shed more light on the strengths and weaknesses of each. But given that this scenario is not feasible, clinicians will continue to innovate based on use in practice.

In addition, research into new forms of drug delivery will continue to carve new avenues and mark new progress. For example, a topical botulinum toxin gel product is now under investigation that may shake up the landscape if it comes to market. Whether it translates to an effective product that patients will want to use is a matter of debate; patients will likely need to wait 30 to 40 minutes in an office with the gel on their face, as opposed to waiting one minute for an injection. Nevertheless, topical toxins could represent a major step in aesthetics for the practical reason that they might open the possibility for patients with a fear of needles and injections to receive toxins. Also, a topical-based toxin may allow physicians to finesse the drug a bit more. By applying small amounts or leaving the gel on the skin for shorter time frames than are being used in clinical trials, it may be possible to finesse the drug better for other applications. For example, small doses of toxin applied superficially to the skin may reduce the size of pores and stunt oil production. This could open a whole new world for the potential use of toxins in the glands.

Aside from the potential of topical toxins, the broader notion of improved delivery will continue to guide progress in how toxins are understood and applied in practice. Practitioners are discovering new nuances in injection technique all the time, which lead to new ways of incorporating toxins and other aesthetic agents in concert with them. There may also be other potentiators that may improve the delivery of the toxins, such as a zinc-based product called Zytaze, which in clinical trials has been shown to increase the efficacy and duration of neurotoxin injections. In order for botulinum toxin A to work effectively in the neuromuscular junction, zinc must be present. For patients who may be deficient in zinc, taking a supplement like Zytaze improves their response to the neurotoxin. This is one potential way of making the product more effective or long lasting, and hopefully other avenues will be discovered for maximizing the potential of toxins.

As clinicians, we need to use all the tools available to us as we use these products each day in practice. Clinical data is relevant, but our decisions on these products should stem additionally more from the patterns we detect from using them in our own practices daily. The nuance of clinical science will no doubt distill more insight about neurotoxins and their potential, but poring over these subtleties has little relevance in practice when it comes to the application and use of these agents.

While the currently approved neurotoxins may be more similar than we've been led to believe, having more options and choices ultimately benefits patients and clinicians. Every patient will respond differently, which in itself makes the products complementary.

Dr. Rubin has served as a consultant and researcher for Medicis.

Editorial Board Forum: Is Innovation Important in Practice?

Taking the Pulse of Hydroquinone Therapy: A Plea for Caution 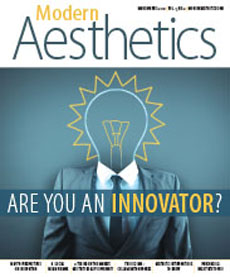 Are You An Innovator?