When the tide turned against the use of pelvic mesh and slings for pelvic reconstructive surgeries, urogynecologist Red Alinsod, MD set out to find a safe and effective non-surgical option for patients. A significant medical need existed, especially for the problem of urinary incontinence, but nonsurgical options were readily apparent. He started researching, and discovered multiple modalities, including a radiofrequency (RF) device and lasers, that had documented benefit but had not been embraced by traditional gynecologic and urologic medicine. “Specifically, I found low frequency radio waves to be quite helpful for the leaky bladder,” he says. He helped develop and adopted into practice an RF device that significantly improved mild to moderate stress incontinence and overactive bladder.

“I was now able to help the menopausal woman, the lady who leaked urine with every sneeze and jump, the woman who constantly ‘toilet mapped' because she had to urinate so often and with such urge,” Dr. Alinsod says. But there was still a void in patient care. Not all patients responded to the same degree to RF treatment, and some could not afford the treatment. “When I heard that there was now a non-surgical and non-drug device out there using electromagnetic energy I was fascinated by the possibilities,” he says. That device is BTL's Emsella chair, based on high-intensity focused electromagnetic (HIFEM) fields.

He did some research and was “so convinced it could be a welcome addition to my non-surgical urogynecology practice, that I pursued obtaining an Emsella chair with a vengeance,” Dr. Alinsod says. “It fit into my practice because not everyone wanted to undergo a three-month pelvic floor physical therapy treatment. And patients were searching for an effective and shorter treatment device that kept their knickers on! In Emsella I found an effective and quick-acting procedure that yielded positive results in three weeks instead of three months.”

Emsella is a first of its kind device in multiple respects. It is the first electromagnetic device on the market to target the female pelvic floor muscles. HIFEM energy causes deep pelvic floor muscles stimulation and restoration of the neuromuscular control. A single BTL Emsella session can induce thousands of supramaximal pelvic floor muscle contractions.

And treatment is truly non-invasive. There is no hand-piece or probe that needs to be inserted. Patients simple sit, fully clothed, on the chair for about 30 minutes per treatment session. Most patients undergo six treatments, scheduled twice per week. There is no downtime.

The novelty of the device and its action requires a degree of patient education. “I sit down with patients either in front of a computer or with my iPad and show them the chair and explain what it does,” Dr. Alinsod says. He uses short videos available online to demonstrate the procedure and allows his patients to watch testimonials others have recorded.

“I also show the patients the chair, ask them to try it for a few minutes,” Dr. Alinsod adds. Offering patients a brief, free treatment is the best way he has found to “convince them that it is a safe and comfortable procedure. The patients get it. They understand it, and are happy and excited to try the chair.”

Some patients are skeptical at first, Dr. Alinsod acknowledges. “Initially they are skeptical until we get them to sit on the chair for only a couple of minutes. Then they ‘get it'! They realized this is real science.” He says that patients feel the real strong contractions of their pelvic floor and realize that could make a huge positive change in their lives.

In his Laguna Beach, CA practice, Dr. Alinsod has been satisfied with the results obtained from treatment for stress incontinence, overactive bladder, nocturia, and mixed incontinence. Patients are satisfied, as well.

“We have had overwhelmingly positive responses from patients. They can feel the improvement after about the fourth treatment,” Dr. Alinsod says. “They are drier with cough and sneeze and jumps. They are sleeping through the night. They can watch a whole movie without getting up to pee.”

Sometimes patients don't consciously realize the impact of treatment until Dr. Alinsod elicits an update on their experiences. “They stop their toilet mapping behaviors and don't realize how improved their lives are until I ask them how they are doing. They are surprised and amazed.”

An Integral Part of Practice

“Emsella is an integral part of my non-surgical urogynecology practice,” Dr. Alinsod concludes. He finds the electromagnetic device to be a good fit along with other services he offers, including the radiofrequency device and platelet rich plasma (PRP).

“These new and modern modalities have transformed the specialty with consistent and gratifying changes in lifestyle and health that were once not thought to be possible.” In fact, he says, he can imagine a near future where every urogynecology and urology office will use these devices as “integral pieces of the puzzle for the treatment of the leaky and overactive bladder.” 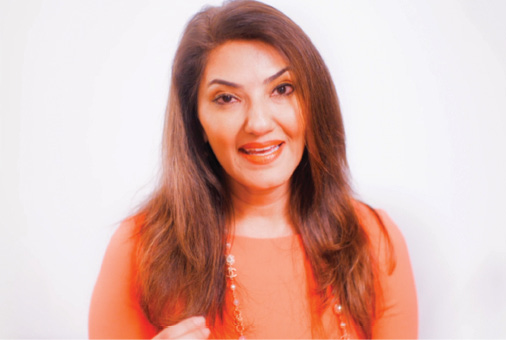 “The BTL Emsella is revolutionary, has changed women's lives all over. My patients are hugging me, and they are super grateful because they're no longer wearing pads 24/7, and they're no longer running to the bathroom. For the 20-plus years of practicing gynecology, I have told every single one of my patients, ‘Go do your kegels.' That's all we had, but now we have the BTL Emsella where it can help you do over 11,000 kegels for you while you're fully clothed in a matter of 28 minutes. There is no competition with that.” 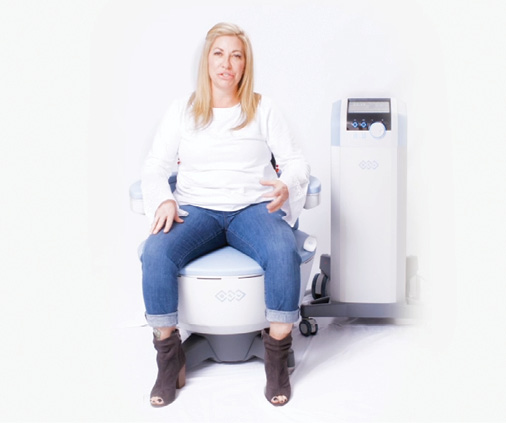 “You actually feel in your pelvis that something is going on in there…There is so much confidence that comes in this…On average I would get up to go to the bathroom four to five times a night. And I thought it was normal because I'm a mom, and I had a baby, and that's just what we go through. And I've gotten to the point now that I get up once a night.” 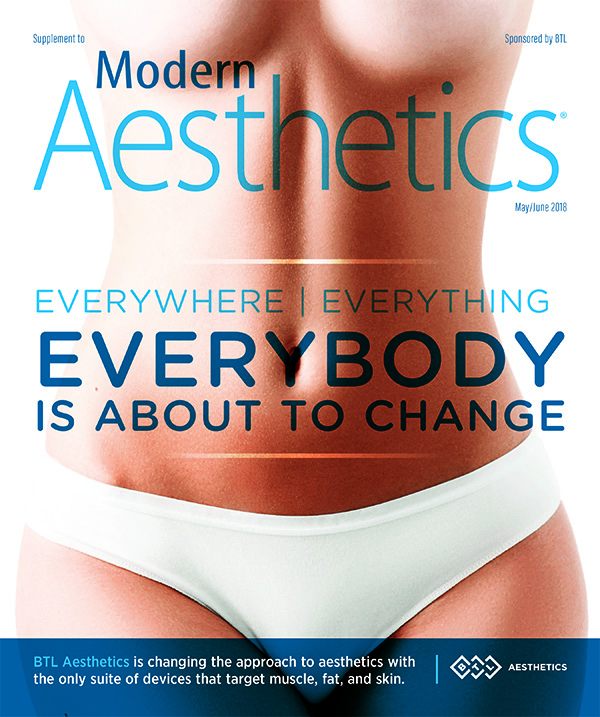 EVERYWHERE | EVERYTHING: EVERYBODY IS ABOUT TO CHANGE